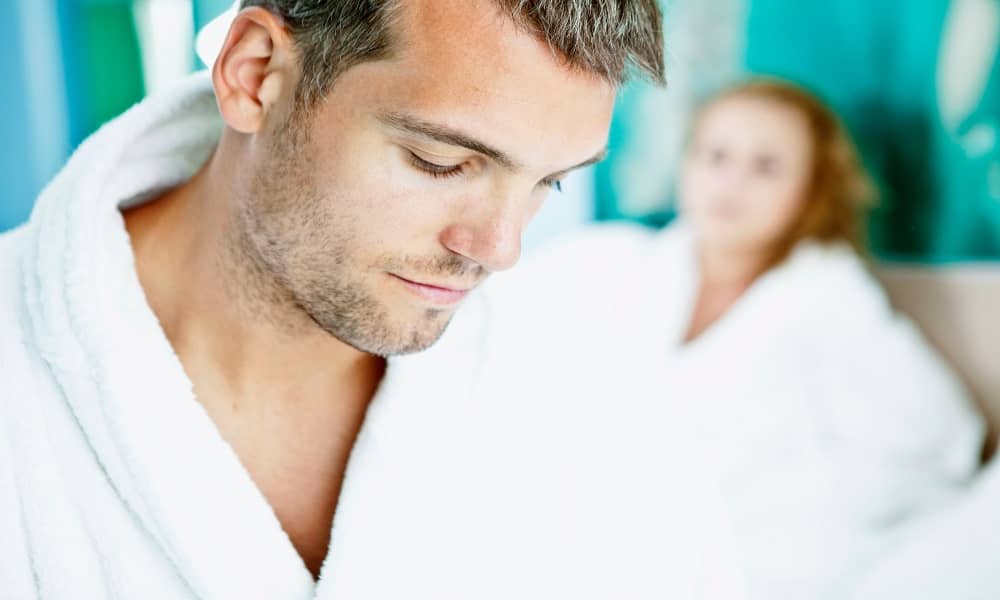 Those with family history and certain genetic factors are at a higher risk of developing prostate cancer independent of their celibate status.

Can celibacy cause prostate cancer?

Does being a celibate male double your risk of prostate cancer?

Celibacy, the practice of not getting married or staying away from sexual relations for religious or personal reasons, is quite a controversy!

There have been many rumors doing rounds about the practice with different people having different opinions.

The recent buzz in the town, however, is that celibacy can be a serious cause of prostate cancer!

Besides, prostate cancer is a serious condition and needs treatment as it sometimes has severe symptoms like blood in the urine!

There can be many causes of prostate cancer, but its recent connection with celibacy has instigated distress.

Hence, it becomes important to dig deeper into the roots of this recent hype and find out whether this link-up is actually true.

For that, we first need to understand how sex and prostate cancer are linked as celibacy is all about refraining from sex.

Sex and Prostate Cancer – Can Celibacy Cause Enlarged Prostate?

Celibacy is the practice of abstaining from sex!

Hence, before establishing a connection between prostate cancer and celibacy, it’s important to ascertain how sex affects the risk of cancer.

According to a recent study, the risk of prostate cancer in a man is governed by the following factors:

However, this study was highly controversial, and since then many more studies were planned and executed.

A team of researchers picked out 22 such studies to understand the role of the above factors in prostate cancer.

Usually, these studies were from North America but countries like Cuba, Asia, and Australia were also present.

According to these researchers:

Apart from this, geographical and religious conditions also played an important role in lowering the risk of cancer.

It was found that the rates of prostate cancer were lower in the west and south Asian countries.

This was because of the traditional religions that prompted men to abstain from having sex at a younger age.

The study included interviews with the participants with questions ranging from the number of both male and female sex partners.

According to the results:

However, the researchers also reported that the results were not statistically significant!

Hence, comparing the two studies, we can give importance to the results of the first study as it has been conducted recently.

Can Celibacy Cause Prostate Cancer – Analysis

Analyzing the results from different studies, we can clearly see that intercourse at an older age protects against prostate cancer.

This is one sign that, to some extent, strikes out the fact that celibacy can cause prostate cancer.

Another sign that celibacy can help prevent prostate cancer is the ejaculation frequency.

However, to know more about whether ejaculation actually prevents prostate cancer, you must read out the following section.

Ejaculation Frequency and Prostate Cancer – How are They Linked?

According to studies and different researchers, ejaculating frequently helps control the risk of prostate cancer.

For example, a study conducted in 2016 concluded that men who ejaculated more frequently have a lesser tendency to develop prostate cancer.

This research was mainly conducted after the study held in 2004 concluded the same results.

Both the studies claimed that men who ejaculated 21 times or more in a month had a lower risk of the disease.

The comparison was made with men who ejaculated four to seven times a month.

For example, a study conducted back in 2009 showed that men aged above 50 who masturbated and ejaculated frequently had a lesser risk of prostate cancer.

However, the same study also claimed that ejaculating often increases the risk of prostate cancer in men aged between 20 to 30.

A completely contrasting study of 2003 had suggested that ejaculating more at a younger age can reduce the risk of prostate cancer in older life.

But there still has been little evidence to prove any of it!

Hence, there are conflicting results of studies about ejaculation and prostate cancer relationship.

Thus, connecting lines between the frequency of ejaculation and prostate cancer are not yet certain or absolute, so to speak.

But looking at the age factor, we can trust celibacy up to a certain age to not be a cause of prostate cancer!

Moreover, looking at the prostate cancer causes and risk factors can also help in finding out if a man is likely to suffer from the disease.

Sex is not the only determining factor!

What Causes Prostate Cancer – Do You Have Any of These Risk Factors?

Knowing the potential risk factors of prostate cancer can help men understand their chances of developing it.

It will also assist in seeking the correct prostate cancer treatment!

The risk factors that increase the chances of a person developing the medical condition include:

As you age, your chances of developing prostate cancer also increase.

As a matter of fact, over 60% of the males suffering from this condition are over 65.

To go into more detail, Hispanic men are safer from non-Hispanic white males.

A number of genetic mutations in black men expose them to a higher risk of prostate cancer.

There are some places where prostate cancer is more common.

For example, the proportion of males suffering from the condition is higher in North America as compared to South America.

If any of your relatives are suffering from this condition, your chances of developing it go up.

Certain genetic factors increase your chances of falling at risk of developing the disease.

Exposure to certain chemicals in your environment can increase your risk of developing prostate cancer.

According to researchers’, diet can have an impact on your health and can cause prostate cancer.

These habits include excess fat intake and not eating fresh fruits.

However, we still need more evidence to prove the same!

But even if you fall under these risk factors, you can still avoid prostate cancer risks by following the tips below.

When talking about cutting down the risks of prostate cancer, you have more control over it than you think.

Moreover, if this section makes you think that we are talking about some chemical investments, then you are actually wrong!

Here, we highlight 5 natural ways to curb down the risks of prostate cancer without doing much.

How to Prevent Prostate Cancer Naturally?

A healthy lifestyle ideally protects you from various diseases, including prostate cancer.

Hence, smoking and drinking should be avoided as much as one can do!

In fact, smoking is one of the major causes responsible for the widespread menace of cancer.

Hence it’s ideal to stay away from smoking.

And that is, obviously, independent of the fact whether celibacy can cause prostate cancer or not.

A healthy diet rich in fruits and veggies and low in refined foods is ideal for a healthy prostate.

It protects as well as promotes the healthy functioning of your gland.

According to experts, you can have a diet plan containing whole grains, fruits, veggies, tomatoes, and yogurt.

#3. Do Not Use Supplements

People usually prefer going for nutrient supplements or for supplements that boost performance.

But such supplements may have a negative impact on your glands increasing the risk of prostate cancer.

People often skip the medications or overdo them the wrong way.

Apart from this, it has also been seen that people take medicines without proper consultation.

For example, long usage of aspirin.

Such practices harm your glands.

Ejaculatory frequency has a controversial link with reducing the risk of prostate cancer.

Hence, having sex with more orgasms can help in preventing the medical condition.

Stick to nofap as much as possible!

Besides, keep in check of any signs that may include interrupted flow of urine or frequent urination.

Being vigilant of prostate cancer symptoms and treatment will certainly help in getting treated early on.

Researchers are still investigating whether celibacy can be a potent cause of prostate cancer.

In fact, there is still uncertainty on factors like the high frequency of ejaculation being effective in preventing prostate cancer.

You cannot control factors like genes and family history either.

But what you can certainly try is maintaining a healthier lifestyle and a fairly healthy sex life.

Thus, you already know what to do for better prostate health.