Genetic Risks in Alzheimer’s Prevention | Will You Pass It On? 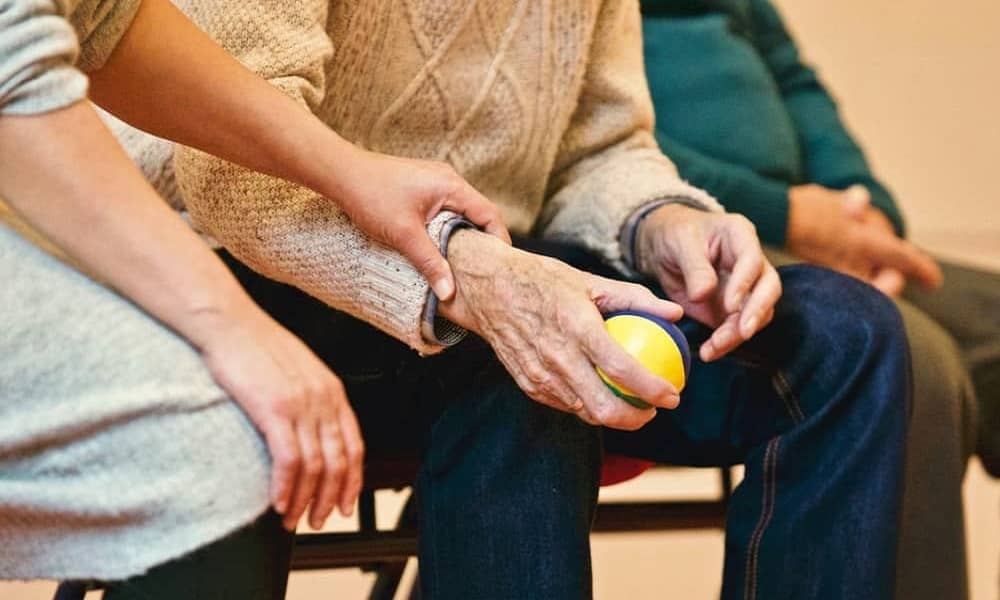 11 Dec Genetic Risks in Alzheimer’s Prevention | Will You Pass It On?

Posted at 08:32h in Alzheimer's by Horizon Clinics 0 Comments

“A family history of Alzheimer’s disease doesn’t provide enough ground to say you’ll have it with certainty. However, it does increase the likelihood of you developing it later on, which requires effective measures to prevent Alzheimer’s”

Alzheimer’s runs in the family!! This common conception can be misgiving. In other words, it indirectly indicates the role of the gene in passing the ailment and that you cannot prevent Alzheimer’s.

Certain genes can possibly develop Alzheimer’s disease. In fact, the chances of passing it on are high if a parent has encountered it.

Studies and research have been consistent tools for finding out the association of genes with the disease. In this blog, we’ve tried to figure out scientific ways to prevent Alzheimer’s irrespective of genetic predispositions.

However, our primary concern is to establish a link between genes and Alzheimer’s. But first, you’ve to understand what genes actually are and can they be responsible for a disease.

Human cells encompass the information and instruction they need to perform. Well, these instructions are created of DNA (Deoxyribonucleic Acid). DNA is a closely packed structure named chromosomes.

Each of these chromosomes has thousands of segments addressed as genes. And these genes pass down to a person from their biological parent. They not only carry information defining traits like height, skin color, and eye color but also have an important role in cell health.

Interestingly, even a small issue with genes or even a mere change can lead to ailments including Alzheimer’s.

So, before establishing the link between Alzheimer’s and genes and tips to prevent Alzheimer’s, understanding the role of genes in diseases is crucial.

The Role of Genetics in Chronic Diseases

Permanent alteration in one or more specific genes can cause an ailment. Well, the scientific term available for the process is “genetic mutation”.

When a person inherits a disease-causing genetic mutated gene, he/she typically suffers from it.

Some inherited genetic disorders are:

Moreover, other alterations or variances in genes may elevate or descend the risk of developing certain ailments. The scientific term for this is often known as “genetic variants”.

Contrarily, when a genetic variant ascends risk for a particular ailment, it is a genetic risk factor. Distinguishing genetic variants help the researchers in discovering the most effective treatment to treat or prevent Alzheimer’s and other diseases.

Indeed, the scientific term for this approach is precision medicine. Well, this method pinpoints specific individual inconsistencies in genes, lifestyle, and environment for each person.

Summary
Surprisingly, gene expression changes can be influenced positively and negatively. Lifestyle and environmental factors, like diet, smoking, exercise, or chemicals, play a crucial role. To conclude, genes do have some link to diseases. Thus, the chances of connection between Genes and Alzheimer’s Disease are pretty high.

We have shared an in-depth researched-based evaluation in this aspect. Afterward, we have shared prominent tips to prevent Alzheimer’s.

Alzheimer’s Disease—Identifying the Role of Genetics

Currently, there are mainly two variations of the disease. Of course, genes have their own role to play.

In fact, both types of ailments have a genetic component. The rundown of them delivers clearer observations.

Most patients suffer from Late-Onset Alzheimer’s Disease. The symptoms begin appearing in their mid-60s or later.

No specific gene has been found accountable for causing late-onset Alzheimer’s disease. Still, a genetic variant of the apolipoprotein E (APOE) gene on chromosome 19 increases the risk.

Actually, genetics are responsible for creating protein, which helps transport cholesterol and other fats in the blood.

APOE has diverse types of alleles. Each person inherits two APOE alleles, where one belongs to each biological parent.

Certainly, APOE ε4 appears as a risk factor gene as it amplifies the risk of getting the ailment. Nonetheless, inheriting the alley isn’t an assurance of developing Alzheimer’s. Some with the same form have never got the disease. Contrarily, those who have Alzheimer’s have no APOE ε4 alleles.

Recently, a study showed a rare APOE allele beneficial in protecting against the ailment.

Thus, to have a clearer verdict, we need more research to establish a link between genes and Alzheimer’s.

Among a large number of patients, only 10% of people have Early-onset Alzheimer’s disease, making it rare. Typically, people develop it in their 30s and mid-60s.

Shockingly, tracing back a few cases found an inherited modification in one of three genes responsible.

The three single-gene mutations are:

Mutations lead to abnormal protein production related to the disease. Further, the mutation has a significant role in APP, whose functions are yet to be recognized.

It is a part of the process leading to the production of dangerous amyloid plaques. Surprisingly, it appears to be a hallmark of Alzheimer’s disease.

A study suggests a kid whose biological father or mother falls in any of the three genes has a genetic mutation and the chance to inherit the mutation is 50/50. Thus, such a child has a higher chance of having early-onset Alzheimer’s disease.

Another study suggests a high risk of this type among people with Down Syndrome. Most develop Alzheimer’s with symptoms appearing in their 50s or 60s.

Certainly, there are no strongly established links between genes and Alzheimer’s disease. However, genes can be a possible reason behind the disease running in the family, and there’s no denying that!

To our amazement, Genetic Testing for Alzheimer’s Disease can identify such issues. Thus, we have taken a look into it.

Genetic testing can help identify if the person has the specific APOE alleles. Still, it won’t suggest who will or will not get the disease.

Currently, the APOE testing method is available primarily under a research setting. This helps scientists establish a link between Alzheimer’s and genes.

Plus, it makes a comparison of treatment efficiency with people having different APOE profiles.

Moreover, genetic testing can help identify early-onset Alzheimer’s disease. Nonetheless, it can’t identify the probability of one developing the ailment.

Also, it can’t ever predict the causation with 100% accuracy. In fact, experts and researchers assert so based on several other factors that can influence its progression and development.

Some people questioning Is Alzheimer’s Inherited from Mother Or Father consider going for the Alzheimer’s Gene Test.

In such a situation, we suggest consulting with a doctor or genetic counselor to be a better alternative.

Now, there are no guarantees to anything and the causation factors of Alzheimer’s is no exception!

Thus, the only way to prevent it is by maintaining a healthy lifestyle and taking care of your mental and physical health. In fact, this becomes even more crucial if the disease runs in your family.

So, next up, we have a detailed analysis of How To Prevent Alzheimer’s.

How to Prevent Alzheimer’s If You Have the Gene?

Studies suggest healthy habits and positive lifestyle changes can ward off this ailment. In fact, experts and researchers support the assertion.

Diet and Natural Remedies To Prevent Alzheimer’s are effective.

Here we have shared a summed up version of the effective Ways to Prevent Alzheimer’s Disease.

How To Prevent Alzheimer’s Disease If You Have The Gene? A pretty stressful question, right? However, establishing an exercise routine can be the answer. Exercises can be most effective in such cases.

According to Dr. Marshall, physical activity can prevent the growth of the disease and even slow down the progression of the symptoms. He recommends reasonable vigorous aerobic exercise for 30 minutes three to four days a week.

You can Prevent Alzheimer’s with Diet. However, you have to follow a Mediterranean diet. It can impede Alzheimer’s or even slow down its development.

Recently, a study suggested even partially following such a diet provides positive results.

Though, you need to include Foods That Prevent Alzheimer’s. The list mainly includes:

Balance your meals with this Alzheimer’s Prevention Diet to ward off early signs of the disease.

Present evidence is in favor of quality sleep helping to prevent Alzheimer’s. Also, it helps in clearing amyloid from the brain to a greater level. According to Dr. Marshall, one should aim to sleep for at least 7-8 hours a day.

Not enough pieces of evidence are available to strengthen this claim. Still, a few studies indicate how adhering to a certain lifestyle choice can help in preventing the disease.

In this term, experts recommend sitting with a specialist and having a proper discussion.

Cognitively triggering activities can provide positive results. However, the available evidence has limited details in this term.

Often the improvement is limited to the benefits they receive with the learned skill.

It does not always imply a general improvement in thinking skills and daily activities. Still, it is beneficial to some degree.

Connecting socially is beneficial for the prevention of the disease. In fact, having greater social contact helps prevent Alzheimer’s.

However, the positive effect has been seen only in observational studies.

In terms of drinking, the currently available evidence is conflicting. A few studies suggest moderate consumption of alcohol is beneficial. Also, it seems to reduce the risk of the disease.

Particularly, the study is only applicable to one drink per day for women and one or two drinks for men. In fact, not every form of alcohol can benefit. So, a stronger body of evidence is necessary.

At last, here’s our final conclusion summing up the entire argument.

Ultimately, if you’re constantly searching for How To Prevent Alzheimer’s If You Have the Gene, these methods can show remarkable results.

In fact, several studies have been carried out to observe the effects on real patients. Most of them have shown positive results with a few lagging behind due to insufficient evidence.

Thus, you don’t need to constantly ask Is Alzheimer’s Preventable! According to the scientific literature so far, the answer is quite mixed.

Preventing Alzheimer’s disease is possible, nonetheless. However, you need to make some conscious efforts. The absent-minded may miss out and find it late to do anything once the disease advances to a certain stage.

Again, a healthy lifestyle is key to prevent the disease. If you or your loved one have been experiencing any of the symptoms of Alzheimer’s, visit your doctor right away.

At last, we would request you to share your valuable opinion on this blog in the comments section.

Drop any more questions you may have. For further informative blogs on health and lifestyle, keep up with Horizon Clinics!