Do You Eat Eggs Everyday | When Is It Bad for Your Health? 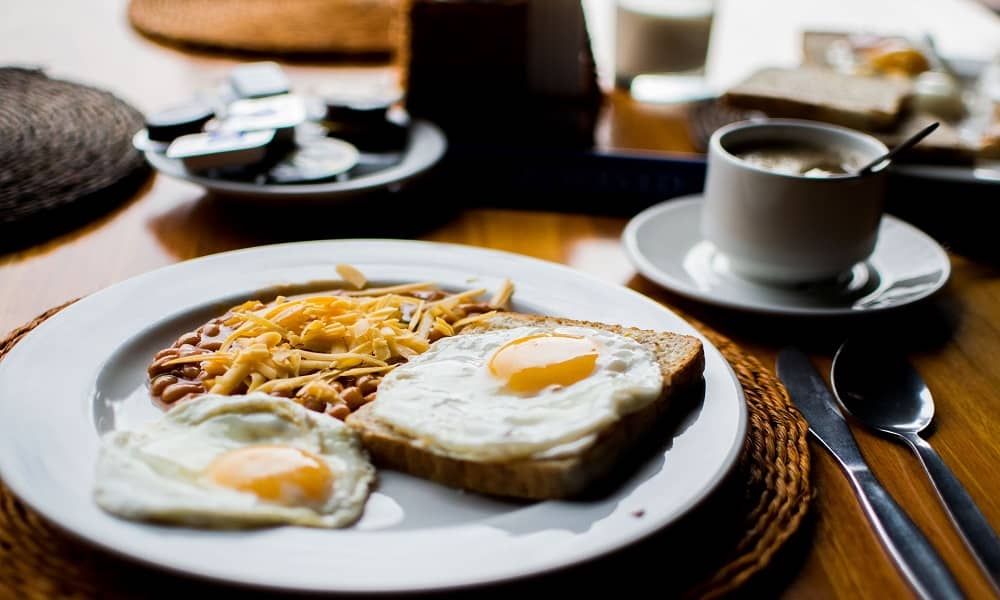 17 Jan Do You Eat Eggs Everyday | When Is It Bad for Your Health?

Posted at 22:53h in Diet + Workout by Horizon Clinics 0 Comments

Is It Bad to Eat Eggs Everyday?

Or Does It Cause You to Have Diabetes?

Previous studies do suggest a strong correlation between diabetes and egg consumption.

However, facts may rely on the frequency of consumption more than anything else.

Eggs have always been under the scrutiny of the health-conscious, apparently, due to their high cholesterol content.

On the Flip Side...
Eggs are a powerhouse of protein and potassium. Besides, one large boiled egg contains just 0.6 grams of carbohydrate, making it a healthy dietary source to avoid dramatic blood sugar fluctuations.

In spite of the controversies, it continues to be a part of a healthy breakfast all around the world.

So, before you go ahead and toss out your carton of eggs, we need to put some things into perspective.

Let’s find out What Happens If You Eat Eggs Everyday…

Eggs May Increase the Risk of Diabetes by 60%

According to a recent study published in the British Journal of Nutrition, consuming one or more eggs per day can actually prove detrimental.

This study suggested a link between increased egg consumption in China to a spike in type 2 diabetes cases.

Apparently, those who consumed the fewest eggs had a lower risk of diabetes when compared to the ones who were habituated.

The research also seems to indicate the shift to westernized diets that are heavy on animal proteins.

On comparing the egg consumption to blood glucose levels in more than 8,000 participants, researchers were able to affirm the diabetes risk from eggs.

However, one thing we need to consider here is the degree of varied possibilities.

Participants who ate the most eggs were also less physically active and consumed more animal protein.

What does this tell us, then? Is It Bad to Eat Eggs Every day?

Well, this might suggest that the risk here may also depend on the overall lifestyle instead of solely on egg consumption.

Perhaps, not everyone who eats eggs is going to be at risk if they balance it out with plant-based foods. Or getting physically active may help a lot when it comes to reducing the risk of diabetes in general.

Having said that, the main concern around eggs stems from their cholesterol concentration. So, let’s have a look into the Eggs and Cholesterol connection.

How Much Cholesterol Does an Egg Have?

A boiled egg has 187 mg of cholesterol, which is pretty much close to the daily limit of 200 mg for diabetics and 300 mg for those without diabetes.

Thus, if you do choose to eat an egg every day, you’ll certainly have to restrict other dietary cholesterol intakes.

Cholesterol, when it comes from animal sources, especially raises the risk of elevated blood sugar and insulin resistance. Thus, increasing the risk of diabetes and heart disease simultaneously.

The oxidation and inflammation from choline in egg yolks could also raise the dangers of diabetes.

Hence, if you’ve diabetes and you love eggs, the solution could be moderation instead of elimination.

If you’re diabetes-free, though, paying attention to the number of eggs you eat will help limit cholesterol consumption.

How Many Eggs Can You Eat in a Week?

In general, most people can eat an egg every day if they don’t have diabetes or any other medical condition.

But How Many Eggs can a Type 2 Diabetic Eat?

Due to the high cholesterol intake in a single egg, choosing to eat eggs 2-3 times a week would be a realistic approach.

This should help you benefit from all the nutrients in an egg while restricting the cholesterol intake.

After all, an egg also provides vitamin D, choline, potassium, and calcium. And it wouldn’t be wise to forego all these nutrients completely.

Limiting additional saturated fat and sodium intake should also be a priority for a diabetic patient. Moreover, the cholesterol present in an egg is basically concentrated in the yolk.

Yes, they can, but that’s provided they eat under the recommended limits, which would be a maximum of three times a week.

Someone who is overly concerned about their cholesterol consumption can also eliminate yolks and choose egg whites.

So, How Much Cholesterol in an Egg White There Really is?

Egg whites can actually offer nearly half of the protein in a whole egg without spiking the cholesterol. That’s like the perfect balance for a diabetic patient.

Furthermore, you can also buy Cholesterol-Free Eggs in stores as a substitute.

Though, when deciding whether to ditch egg yolks, do consider that it’s the part that’s also heavily loaded with omega 3s. This you might be missing out on if eating only the egg whites.

Is It Bad to Eat Eggs Everyday?

Yes, it can be. But only when your overall diet is heavily based on animal by-products.

Such a diet increases the daily cholesterol intake and predisposes the body to diabetic conditions.

However, the ones who continue to monitor their cholesterol intake are more likely to have a healthier diet, eggs included or not included.

If you’re a diabetic and planning to eat whole eggs, the recommendation would be to skip everyday intake. Instead, try having poached or hard-boiled egg three times a week at most. On the other hand, healthy individuals can safely eat up to 1 or one and a half eggs each day.

Eating more than two eggs, whether diabetic or not, can be bad for your health. It may increase the per-day cholesterol consumption.

If, on the other hand, you’re opting for egg whites, they should be safe for everyday consumption.

How you cook and serve the eggs also matter. Try to be mindful of using healthy cooking oils and avoid serving eggs alongside other fried or high-fat dishes.

The best way forward would be to keep a check on your overall diet and saturated fat intake. Increasing the consumption of plant-based proteins along with a moderate intake of eggs would certainly go a long way.

Diet Alert: Why is Eating the Mediterranean Way Heart Healthy?