Effects of Coffee on the Brain: Research Reveals Shocking Facts 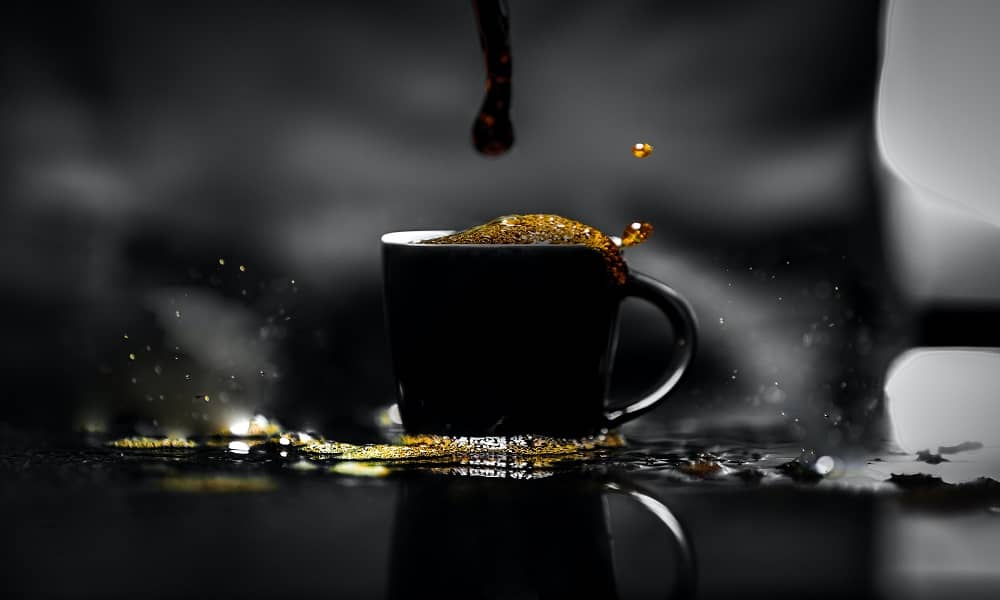 Posted at 15:47h in Research by Horizon Clinics 0 Comments

A latest study has revealed the side effects of caffeine consumption. Extensive intake of the compound is likely to decimate the gray matter of your brain.
Key Inferences from the Study

Whether it’s coffee, hot chocolate, or any of your favorite energy drinks, caffeine is a key component.

However, Researchers from the University of Basel suggest regular consumption can interfere with the gray matter of the brain.

With the current demands of energy, we can rarely do without Caffeine. It isn’t just an energy supplier but also acts as a focus and concentration booster.

Whether you want to do overtime or take your athletic performance to a new phase, a cup of joy is non-negotiable.

A recent study has raised concerns over the common habit, though.

This blog is an attempt to examine the study and evaluate the real effects of coffee on the brain.

Effects of Coffee on the Brain: The Study

No doubt! Caffeine is the ultimate solution when you want to focus and concentrate.

Still, having it in the evenings is likely to disturb your sleep schedule.

The study reveals it is the effect of the changes in the gray matter inside the brain, leading to such drastic effects.

So, is regular caffeine intake severely damaging for your brain functions along with resulting in sleep troubles and late nights?

Caffeine and Brain: What’s the Relation? 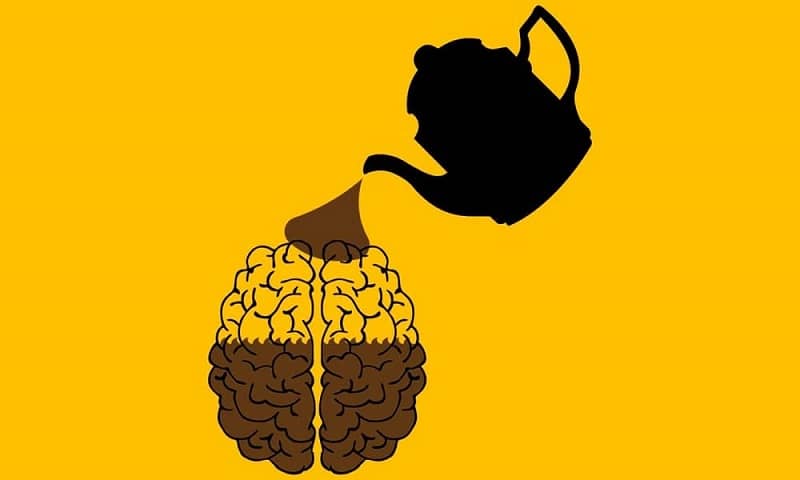 The Basis of the Study

The group consisted of participants of 20 healthy young individuals, who drink coffee regularly on a daily basis.

They were provided with tablets for intake over two 10-day periods.  Meanwhile, they weren’t permitted to intake any other caffeinated substance.

At the end of each 10-day study period, the researcher assessed the volume of the participants’ gray matter by the means of brain scans.

Moreover, they also looked for subjects’ sleep quality in the sleep laboratory. The recording was available by the means of electrical activity in the brain (EEG).

Caffeine consumption didn’t result in sleep deprivation. However, there was an evident change in the gray matter.

Plus, sleep slow-wave activity wasn’t found to be associated with caffeine-induced reductions in the gray matter volume.

(Gray matter is the part of your central nervous system constituting principally the cell bodies of nerve cells).

The thorough analysis revealed the subject’s sleep quality was the same irrespective of caffeine or placebo intake.

However, a significant change in the gray matter was observed, varying with caffeine or placebo intake.

At the end of the 10 days of placebo – i.e. “caffeine abstinence” – the results were substantial.

In fact, participants had a higher volume of gray matter compared to when they were consuming caffeine.

The difference was specifically prominent in the right medial temporal lobe. This involves the hippocampus, an area of the brain that is critical to memory association.

In hindsight, these results go to show that caffeine can’t trigger lasting damage in any case, which is worth mentioning.

The Final Take of Researchers

Furthermore, she adds, in the past, Negative Effects of Caffeine on the Brain have been investigated on patients. So, the need for research on healthy people is indispensable.

Summary
Caffeine seems to lessen the volume of gray matter. However, the study doesn’t deny that 10 days of coffee abstinence compensate for it. In other words, there are no Long-Term Effects of Caffeine on the Brain.

The outcomes observed in the study are temporary and require further evaluation for a stronger stand. Reichert again suggests some similar facts.

The alteration in brain morphology appears to be brief. Still, we lack systematic comparisons between regular coffee drinkers and infrequent ones or nondrinkers.

At last, the researcher indicates the need for further studies and research in this area.

Furthering the discussion on the Negative Effects of Coffee on the Brain, let’s look at the science involved.

Effects of Coffee on the Brain: Should You Be Worried? 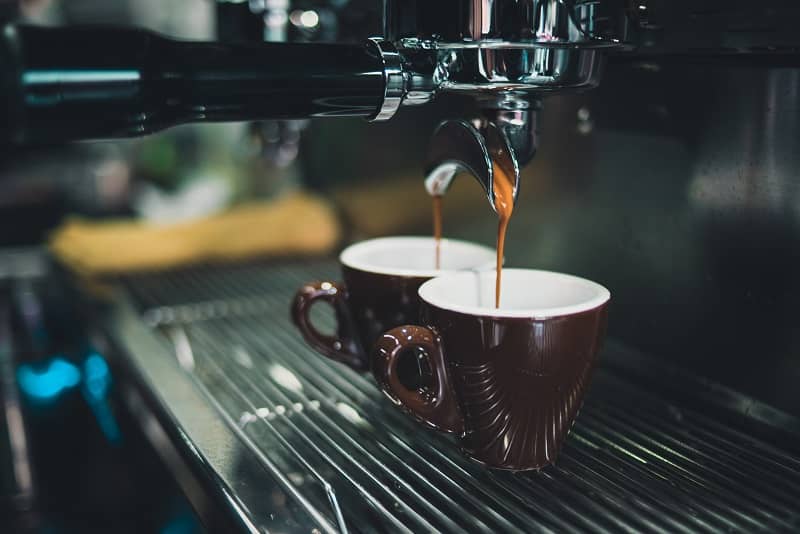 The working mechanism of caffeine is quite similar to any other drink or compound you consume. The body absorbs it, which makes it enter your bloodstream.

It reaches your liver and delivery to different parts of your body takes place after more breakdown. Here, it begins sowing the various effects it has.

Here’s a short note on the Negative Effects of Caffeine on the Central Nervous System.

Caffeine inhibits adenosine. Adenosine is a neurotransmitter, a chemical messenger. It is responsible for making you sleepy, disturbing focus, and relaxing your brain.

In fact, the neurotransmitter accumulates and heaps up the entire day. Hence, as an effect, you feel exhausted, sleepy, and unfocused.

Once caffeine is inside your body, you experience no such effect.

Plus, caffeine boosts your adrenaline and elevates brain activity. Eventually, you are focused, alert, and concentrated.

You become better able to cope up with your daily energy demands. While these changes are not too unsavory for an active person, the schedule becomes easier nevertheless.

Such benefits are accessible only with a cup of coffee.

However, some people have a habit of having excessive caffeine. And an excess of anything is ultimately bad for your health irrespective of the numerous benefits it may have for you.

The above analysis of the study suggests the gray matter reduction has a crucial impact. Certainly, the Neurological Effects of Caffeine are of utmost concern.

Based on the current evidence, you certainly do not have anything to worry about if you’re not a heavy coffee drinker. On the other hand, daily caffeine consumption in heavy amounts is worrying and can have the same neurological effects as was observed in the study.

With that stated, here’s a more elaborate analysis.

Known Negative Effects of Coffee on the Brain

Coffee is a progressive drink to stimulate you with alertness and activeness. Still, taking too much of the energy booster is harmful.

Study outcomes suggest various physical and Psychological Effects of Caffeine on the Brain. Most cases indicate it is harmful to your health, ultimately.

The effects can vary from individual to individual. Where some may encounter severe effects of the energy compound, some are likely to experience mild ones.

Effects of Coffee on the Brain: The Bad 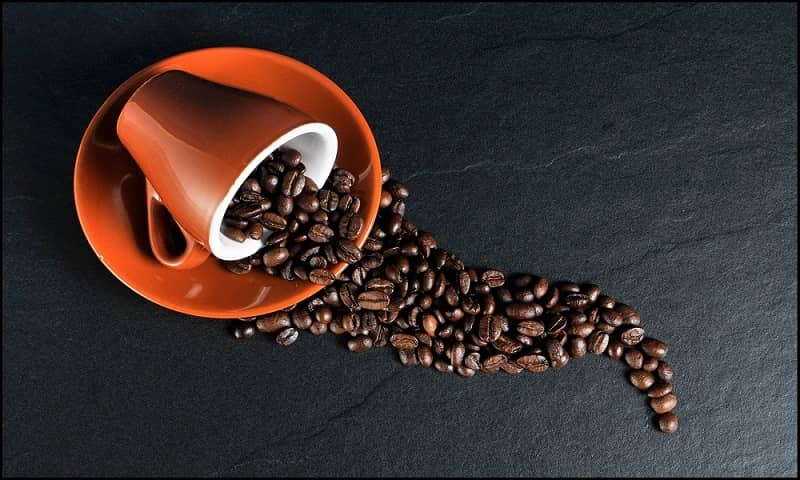 Drinking coffee might be your favorite part of the day to feel refreshed. Most addicted people are likely to drink it 5 times a day and even more.

Nonetheless, there’s a scientifically allowed amount of the compound. Drinking any further is likely to exhibit severe complications.

Effects of Coffee on the Brain: The Ugly

The Biological Effects of Addiction on the Brain can spell another round of trouble for you.

Besides, the above-detailed study clearly suggests it might impact the gray matter in your brain as well.

Thus, these effects perfectly correlate with the association between Caffeine and Brain Fog.

But this doesn’t at all invalidate the different positive effects the popular beverage has.

Effects of Coffee on the Brain: The Good

Having your usual cup of coffee isn’t all bad, after all. Yes, the latest study increases your concern to the peak.

Still, there are also numerous positive effects the compound has on your health. And it isn’t just the alertness and energy-boosting effects!

The Benefits of Having Your Daily Cup of Coffee

These promising benefits of caffeine are what makes it a key constituent of the leading energy drinks and workout supplement.

Nonetheless, these benefits can turn into a devil’s tale if you are addicted to caffeine or you are taking too much of the compound on a daily basis.

One of the key options to avoid such effects would be to rely on other alternatives to fix your addiction.

This would help you tackle the bad effects of Caffeine and Mood Swings associated with daily consumption.

First and foremost, you need to understand things won’t change overnight. You have to be persistent and go slow.

If you drink 4 cups of coffee a day and suddenly go to zero, this would obviously be torturous for your body.

Thus, begin slowly and be consistent with the new healthy habit.

After skipping your cup of coffee, find ways to replace it with other lifestyle changes.

Life Changes to Get Rid of Coffee

Well, the blog ends here. Lastly, we have summed up the information right below. Do have a go through for a quick recap!

The Effects of Coffee on the Brain: A Recap

The latest study by the University of Basel investigating the effect of caffeine on the brain has raised concern. The 20 days study divided into two 10-day periods have shocking outcomes.

NOTE
The final comparison of the outcomes suggests a striking decrease in gray matter in the brain with regular intake of caffeine. However, the effects are temporary and diminish with caffeine abstinence.

Moreover, the results are more prevalent in coffee addicts or people who have excessive coffee drinking habits on regular effects.

The outcome might be concerning, but this doesn’t imply that caffeine is completely bad for your health. At times in life, we all have experienced the positive effects of the popular energy stimulator.

More research and study can further share a sound verdict, and the researchers advocate for the same.

So, sprinkle some water on your head and shake the stress away. You can enjoy your cup of joy, whenever you want.

Just make sure, you don’t make drinking coffee a regular habit or an “addiction” if you do want to stay on the safer side until further research.

What do you think of the study and will it influence your daily coffee consumption? Share your thoughts with us right below!