When Lack of Hygiene is a Sign of Mental Illness 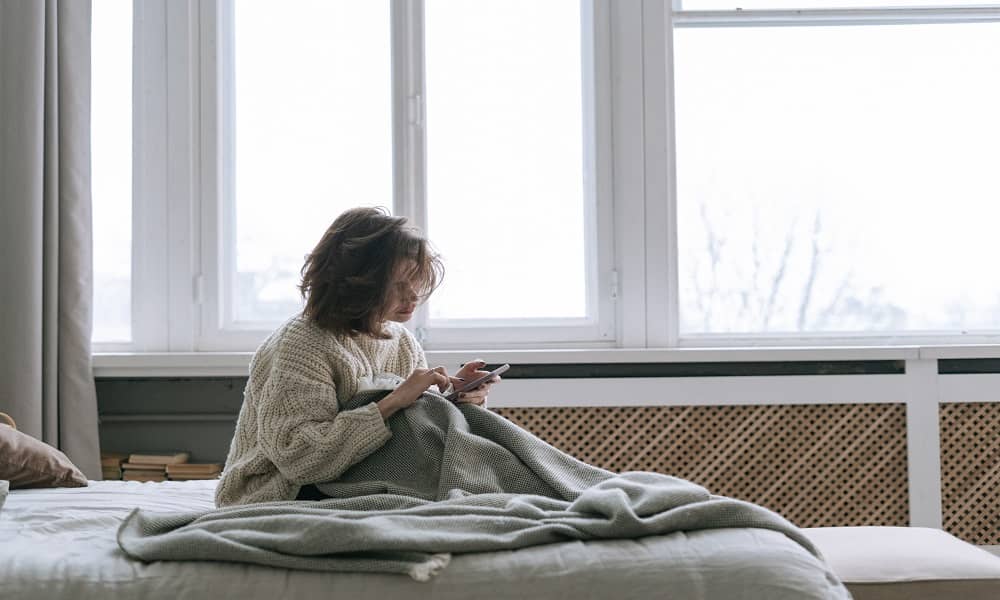 Posted at 19:02h in Mental Health by Horizon Clinics 0 Comments

Poor hygiene can be a strong indicator of mental illness and the opposite is also true.

Bad hygiene habits are a sign of self-neglect or the unwillingness to think about your own needs. Agreeably, it could be out of laziness, making you think twice before you head to the shower.

However, what if it’s something more?

Although the idea of poor hygiene affecting mental health may sound quite out there, you can find actual cases signifying the links.

Many emotional disorders like depression or other psychological illnesses accompany bad hygiene habits.

However, not all habits associated with bad hygienic tendencies are signs of mental disorders. But a few of these can actually denote these issues.

Hence, it becomes crucial for us to distinguish the concerning unhealthy habits from the non-concerning ones.

For this, we first must understand the link between poor hygiene and mental illness.

The Link Between Poor Hygiene and Mental Illness

Hygiene usually is concerned with the idea of brushing our teeth, taking showers, or wearing clean clothes.

These tasks seem to be normal for us, but for patients suffering from mental illness, these might be as hard as climbing a mountain.

According to researchers, there are two prominent ways with which mental imbalance is linked with poor habits:

Energy is what we require to perform our daily chores. Depression or any mental illness saps out almost every drop of your energy pulling you away from even a simple practice of brushing your teeth.

Describing the feeling that people with mental stress go through, it is as if you are trying to get off a jelly.

Sometimes the days look so heavy that you don’t even feel like getting out of bed. This makes it difficult in managing personal hygiene for mentally ill patients.

Further, while conducting research on “is poor hygiene a sign of mental illness”, researchers saw a diabolical link between mental health with oral hygiene.

Understanding this link would definitely give you a better understanding of how the two work against each other. 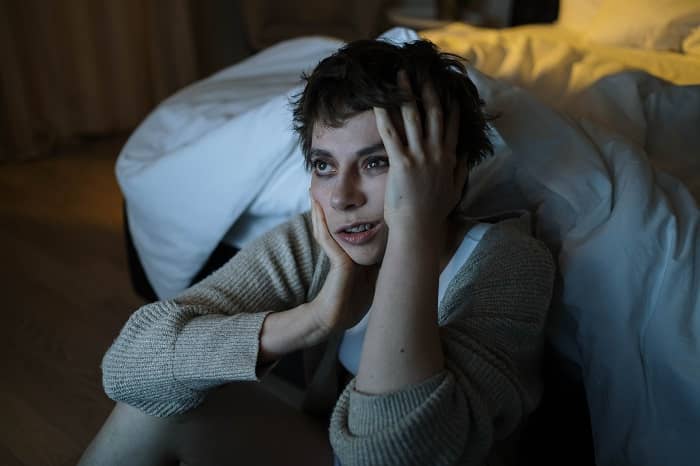 In cases of oral hygiene, there’s a two-way system:

Let’s have a closer look at both scenarios to understand the link better.

Here’s how your lack of personal oral hygiene can affect your mental health:

#1. Weak dental health causes problems in speech which can cause anxiety in public. For example, bad breath often receives a lot of criticism in public leading to embarrassment and consequently anxiety.

#2. Patients who don’t take care of their oral cavity often lose teeth affecting their aesthetics and causing loss of self-esteem. This again leads to mental stress that can develop into personality disorders.

#3. Tooth decay due to lack of oral health can also cause similar effects.

All these signs clearly mark the importance of personal hygiene in mental health.

Next, we move onto looking at the effects of mental health on your oral hygiene.

Mental ailments like depression and anxiety also affect some habits of hygiene.

#1. Depression can cause excess alcohol, tobacco, or caffeine use, which makes you lose the will to follow a healthy lifestyle.

#2. Self-neglect because of mental stress leads to improper hygiene habits.

#3. Bipolar disorder and poor hygiene can sometimes cause over-brushing that further pulls you back from following good habits.

All of these effects establish the fact that poor hygiene diseases are not just linked to your body but also to your mind.

However, not all poor habits are signs of mental disorders.

You can’t expect yourself to be visiting a psychiatrist just because you missed your shower twice?

Hence, it becomes important to differentiate between the common signs of poor hygiene and the ones denoting a mental illness.

[7] Bad Hygiene Habits: What are the Signs of Poor Hygiene?

Usually, some common unhealthy habits that people follow are not always an indicator of mental illness. These can be:


#1. Not Washing Hands After Using Washrooms

A study was conducted among 25,000 people to explore the habits of using soap after using the washroom.

According to the results, out of these many participants, only 32% of men and 64% of women used soap and the rest of them didn’t.

This shows the lack of personal hygiene among people.

#2. Not Brushing Your Teeth Properly

According to the American dental association, only 66% of men and 86% of women brush their teeth twice a day.

Apart from this, the percentage falls more when it comes to flossing.

#3. Not Washing Your Dishes

The kitchen sink is one of the most ignored sections of your house, according to a report.

But you’ll be astonished to know that most of the diseases caused by poor hygiene and sanitation begin from your unwashed dishes.

Do you also believe food that falls on the ground, when picked up within 5 seconds, won’t do any harm to you?

On the off chance, if your answer is yes, then this too falls under poor hygiene.

#5. Not Using the Towel Properly After Shower

You might wonder how can ignoring towel dry be classified as a bad habit?

But yes, body odor, one of the most common signs of poor habits, is about not drying yourself post-shower.

This usually causes your armpit region to take up bacteria that may cause you to stink.

You might love that one t-shirt so much that you just can’t change it unless it starts stinking.

But that’s just a poor habit you have been tendering to.

Your greasy hair is actually a sign of poor habit and we all know that you have not been looking after yourself.

So, stop being on the wrong track and get up to comb your hair at least once in a while.

However, these habits are just some of the most common deeds that almost every one of us does.

But the problem begins when these habits reach an extreme and you still consider it to be okay.

Yes, that’s where the poor habits may become signs of mental disorder.

When Bad Hygiene is a Sign of Mental Illness: Looking Beneath the Layers 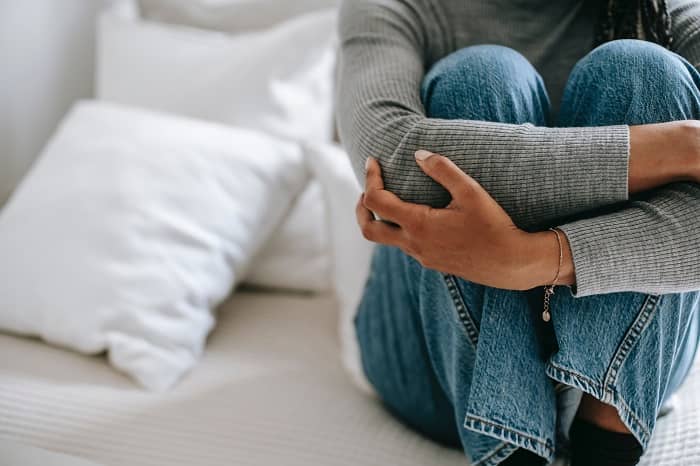 You actually don’t have to fear your poor habits being prominent signs of mental illness. They are usually a part of life.

Though, if your poor habits have been accompanied by the following, then we might suggest you pay some special attention:

All of these facts make your chances of having a mental ailment strong.

Further, if the following scenarios are pretty common for you, we strongly suggest you seek help:

Not brushing your teeth once is just a poor habit and nothing serious.

But if you find yourself, or your friend, not being able to brush their teeth straight up for a week or two, it can be a troublesome sign.

Similarly, not taking bath for several days in a row and still not feeling uncomfortable can again be a sign of mental sickness.

Note that you don’t self-diagnose and seek help if noticing these habits in yourself.

A common sign of poor hygiene in schizophrenia is incontinence, where a person fails to visit the bathroom without meeting with an accident.

This might involve not giving a thought about littering in a room or any such place.

However, this is usually common among the older peeps.

#3. A Strong Feeling of Disgust for Daily Tasks

If the task of brushing your hair or any particular task feels to be extremely difficult, it might be a sign of poor hygiene depression, especially if accompanied by constant fatigue.

However, this doesn’t mean that if you don’t feel like combing your hair one sudden day, it would be a sign of mental sickness.

Rather, the thought of combing hair would appear to be repulsive for you, for not just two weeks but for more than that.

Similarly, there are many such cases of extreme levels of poor hygiene in different conditions of mental illness.

Like bipolar disorder, poor hygiene habits are based on self-neglect and the feeling of who cares.

This makes people not change clothes for months.

Now, you know how mental illness can be expressed through personal hygiene.

It’s time that we find solutions for mending your relationship with hygiene that has been hampered by mental illness.

For example, the borderline personality disorder’s poor hygiene is almost similar to that of regular depression.

For them, some of the easiest tasks like getting off the bed could be tiresome.

Hence, for all such people we bring some of the best ways to amend their hygiene and consequently health:

The first step to the fresh start of good habits is trying to wake up early.

Though, waking up early could be tiresome as people with mental troubles often fail to enjoy a good nap.

Hence, the first thing that we need to try out is enhancing our sleep quality.

For that, you can either try meditating or listening to soulful music while trying to fall asleep.

So, the next and the most important step is personal hygiene.

Since basic hygiene can be a challenge for people with disorders, here are few tips that you can follow:

Responsibilities can drive you towards your personal care.

So, what you should rather do is start tackling them slowly.

Start with less, and you will gradually see improvements.

Since depression and mental ailments can cause problems in handling daily tasks, you can also follow the following tips:

All of this will help you move towards a better lifestyle.

Previously, poor hygiene has been associated with many physical disorders.

But recent studies have also brought to notice that poor hygiene and mental illness are also intrinsically related.

Although not all habits can be considered as a sign of mental sickness, there definitely are some signs that can be associated with such diseases. Hence, it becomes important to distinguish between the common signs and the signs of illness.

Considering this, we hope now you have the tools to make better and more informed choices when it comes to hygiene.

Though, mending poor habits can serve to be a good way of bringing your life back on track.

But they won’t help you in treating your medical disorders. Hence, we suggest you also consult a doc if you feel things are going out of your hand.