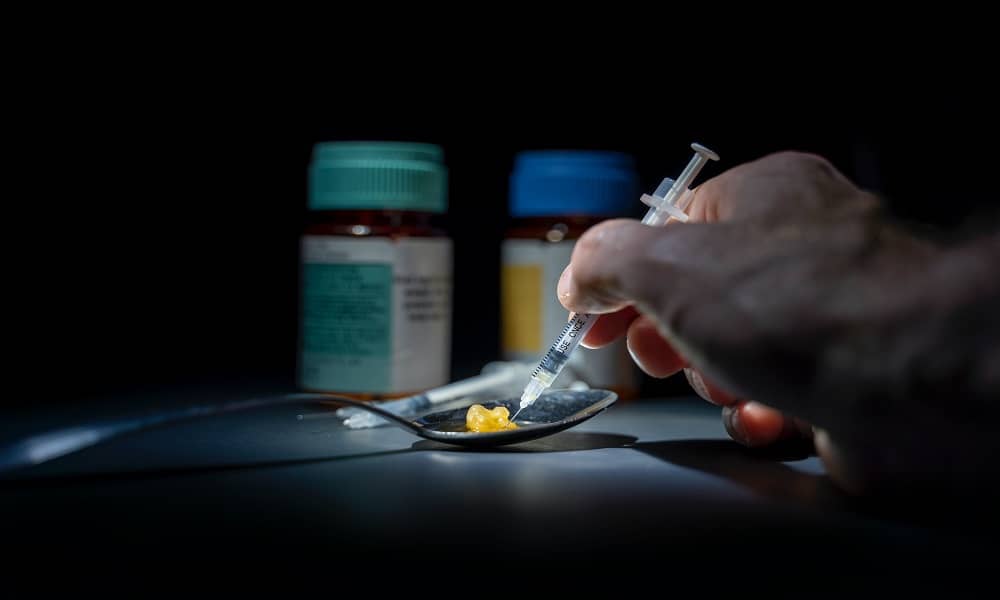 Posted at 18:07h in Research by Horizon Clinics 0 Comments

Recent findings reveal a strong link between vitamin D deficiency and exaggerated cravings and addiction to opioids, raising the concern for mental health issues in the pandemic with reduced sunlight exposure.

Key Highlights from the Study

The receptors of Vitamin D spread throughout the CNS (Central Nervous System) and control several factors including addiction to drugs and UV, as per the reports.

Since this vitamin controls many enzymes in our brain, its role in addiction is not much doubtful.

A study emerging straight out of the MGH (Massachusetts General Hospital) further confirms that less Vitamin D in your body is a serious matter of concern.

Link Between Vitamin D Deficiency and Opioid Addiction: The Study 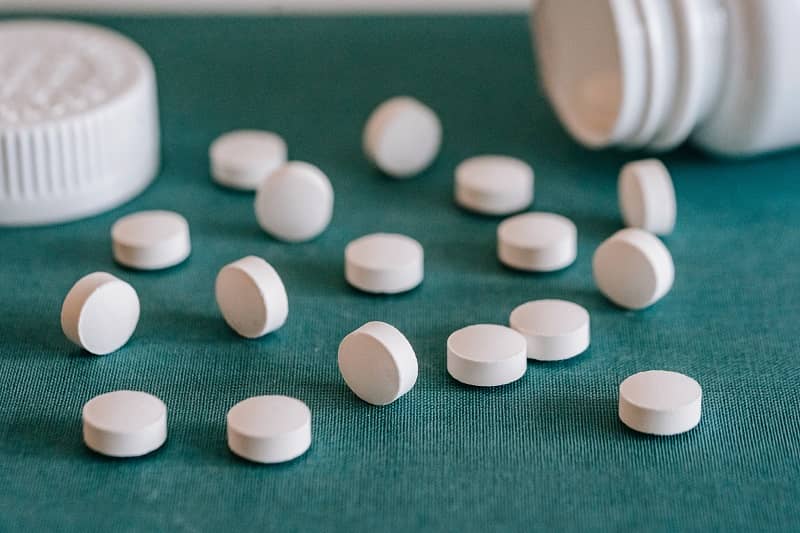 Vitamin D deficiency has been linked with several physical and mental disorders.

However, the recent findings have now also associated it with opioid addiction, which just goes to show how important it is to monitor nutritional deficiency.

Opioid addiction doubles up the stress on your immunity and might push you further towards lethal consequences.

Moreover, as per the study, Vitamin D deficiency not just increases the chances of opioid addiction but also exaggerates its effects on the body.

This can be a real danger as exaggerated effects of opioids indicate serious clinical disorders.

But the question remains how can vitamin D deficiency and drug addiction be related?

Now that can only be answered through the study.

Basis of the Study

The study, led by a multidisciplinary team for reputed institutions, discovered this link in two ways.

The comparison exhibited the following results:

These signs were further accompanied by the second arm of the study.

Secondly, the study compared the signs with those shown by the human subjects.

According to the human records:

However, the research did have a positive ray of hope when correcting the Vitamin D deficiency helped reverse the opioid responses.

Hence, this proves that treating your Vitamin D deficiency can combat addiction too.

Since lack of Vitamin D is clearly linked with addiction to both UV rays and opioids, the question is what mechanism might be responsible for this link.

To quench this curiosity with the right answers, we move forward on analyzing the different mechanisms in our body through subdivisions of the same study.

How Does Vitamin D Affect Mental Health and Cause Addiction for Opioid?

The key results of the above study revealed:

These results are mainly because of the effects Vitamin D deficiency has on our brain.

Lack of Vitamin D has been associated with:

But, as already mentioned, supplying enough Vitamin D in all such cases can reverse the effects.

Hence, it becomes important to treat Vitamin D deficiency as soon as you spot it to prevent any such complexity.

For this, you must be able to correctly identify the signs and severity of your Vit D deficiency. 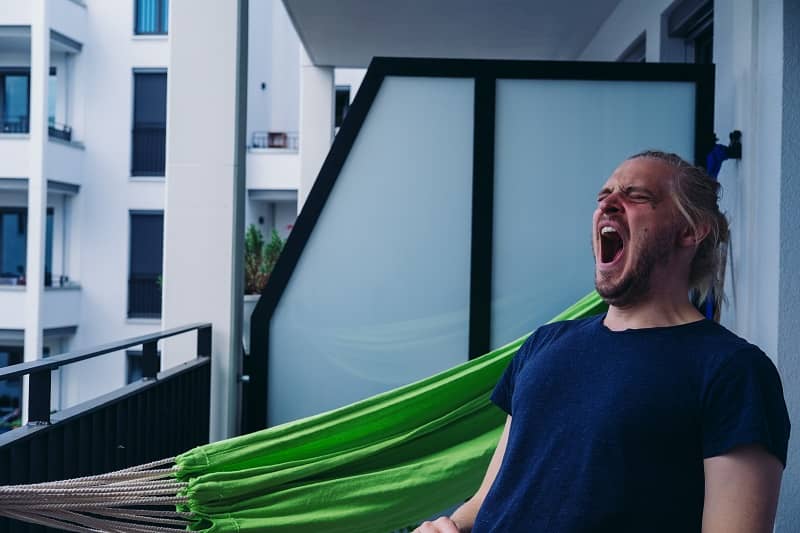 Vitamin D has a powerful role in your body, with your whole body having receptors for it.

The synthesis of Vitamin D usually takes place from cholesterol in the presence of sunlight.

Generally, the recommended dosage for Vitamin D is 400 – 800 IU per day but experts call for more.

Moreover, since the symptoms of Vitamin D deficiency are pretty normal, people often fail to notice them:

Since an important role of Vitamin D is to keep your immune system strong, a common sign is the tendency to fall sick.

This sickness would mainly be cold and cough. So, don’t always take that sneeze as a mere infection, especially if accompanied by the other following signs.

Hence, you may start facing fatigue and tiredness because of Vitamin D deficiency.

Vitamin D has been the most essential vitamin for your bones. It benefits your bones in several ways.

One such benefit includes the absorption of calcium for stronger bones.

Hence, when your joints start cracking all too often and you experience muscle pain in the joints, it’s time to check your Vitamin D levels.

However, these signs and symptoms usually don’t carry any signs of you becoming a drug addict, of course.

But the matter of concern is your brain.

As you already know that Vitamin D has good control over your brain mechanisms, its deficiency can impair certain cognitive abilities.

According to researchers, Vitamin D receptors are found in almost every part of your body including the areas of your brain which are associated with mental disorders like depression.

Hence, a lack of Vitamin D can cause mental problems.

In fact, a seasonal drop in the sun exposure might cause your Vitamin D levels to dip along with encouraging the symptoms of Seasonal Affective Disorder.

This disorder often includes depressing symptoms due to the changes in the Vitamin D3 levels in your body.

Now, the reason to focus on mental illness here is the fact that usually, out of mental fatigue, people fall into opioids addiction.

Hence, the signs of mental problems among Vitamin D deficient patients can be a ringing sound of warning.

However, you can fight such warnings by effectively reversing the Vitamin D deficiency.

The treatment usually depends on various factors, such as age, UV exposure, diet, and overall health.

However, when a blood test confirms the deficiency, your doc would primarily suggest you increase your Vitamin D intake.

You can follow the following tips to work on your intake:

There are many natural dietary sources of Vitamin D you can include in your meals:

If you are dealing with severe Vitamin D deficiency, do not hesitate to go for supplements.

There are many natural supplements available in the market right now. Your doc can prescribe some too with adequate dosage.

In fact, asking your health professional for proper supplementation would be the ideal solution.

Sunlight is crucial to promote the natural synthesis of Vitamin D in your body.

However, exposure to the sun can even be harmful if it’s for hours at once. It can even cause sunburn blisters.

Hence, a safe practice would be to spend a short time outdoors without sunscreen to expose your body to the sun. And if you’re in lockdown like most of us, you may try to get sunlight exposure at your terrace, garden, or any isolated open space.

The study from the MGH shows the potential of helping the public on a huge scale for curbing substance abuse caused by vitamin D deficiency.

This study was mainly aimed at exploring the relationship between Vitamin D signaling and UV and opioid-seeking behaviors.

The results were clear:

Through this study, the researchers also brought forward the similarities between the results of such studies among men and animals.

At last, besides all the negative effects of Vitamin D deficiency on the human body, mental health does need serious attention and scrutiny, especially when people are locked inside their homes in the pandemic.

Vitamin D supplementation does offer a practical solution to the physical and mental damage vitamin D deficiency can inflict.