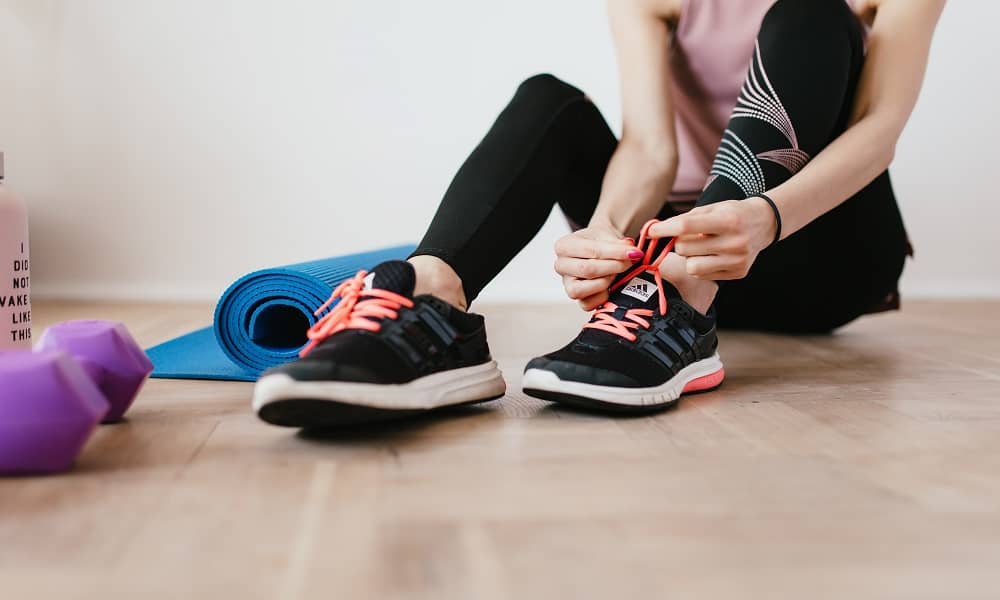 Posted at 22:07h in Research by Marcus Elburn 0 Comments

Fresh data relate the benefits of aerobic exercise to a reduced risk of obesity and degenerative disorders.

In essence, the benefits of aerobic exercise for heart health, high cholesterol prevention, and diabetes are pretty cemented thus far.

But now researchers have successfully established the disease-preventing benefits of aerobic exercise that we have long known. And the onus lies on better molecular release from adipose tissue as a result of regular aerobic exercising.

A new research study is published in the journal Proceedings of the National Academy of Sciences (PNAS) and includes trials done on mice and humans.

Marcelo Mori, Professor at Institute of Biology, University of Campinas is one of the principal investigators and the project is supported by FAPESP (São Paulo Research Foundation).

The study used mice models during the preliminary trials. The mice were subjected to a 60-minute treadmill run for 8 weeks. The experiments entailed increasing the treadmill speed and inclination as the mice became fitter.

At the end of these trials, the results observed included:

To really judge the impact of DICER expression on obesity, this same experiment was done on another model of mice. This time the mice were genetically modified to not express DICER in the adipose cells.

The results of the genetically modified model in the absence of DICER expression were:

Thus, we can now safely assert the Benefits of Aerobic Exercise for Weight Loss and whole-body metabolic functions. However, for these benefits to translate into reality, we need the modified expression of the DICER enzyme.

In addition to the mice model, the experiments included human trials.

The human experiments had two subsets. One had younger volunteers aged about 36 and the other had older subjects aged about 63.

These groups were subjected to six weeks of High-Intensity Interval Training (HIIT).

Following are the observed results during the human trials:

Researchers further identified a molecule called miR-203-3p. Its expression increases in trained subjects as a result of aerobic exercise. Thus, this microRNA could very well be responsible for the metabolic improvements in adipocytes.

Benefits of Aerobic Exercise for Reversal of Degenerative Processes

The findings suggest the expression of a key enzyme in adipose tissue via aerobic exercise to be crucial for the prevention of degenerative disorders like obesity and aging.

Adipose tissue, thus, is not just storage for lipid-rich cells but is also a key player in the secretion of molecules into the bloodstream. These molecules also include microRNAs that regulate metabolic functions.

However, here’s the fun part!

Aging and obesity have a negative influence on the production of microRNAs. Henceforth, the incidence of metabolic disorders increases dramatically in the absence of external steps to regulate the molecular secretion.

The experiments done under the human and mice trials found aerobic exercise stimulating for the expression of an enzyme called DICER.

DICER or endoribonuclease Dicer is an enzyme that can up-regulate the secretion of microRNAs in the adipose tissue.

As the production of MicroRNAs increases through aerobic exercise, so do the chances of a healthier body.

Thus, on the basis of this discovery, the Benefits of Aerobic Exercise on Health directly relate to controlling the precursors to degenerative processes and, by extension, metabolic disorders.

This study can, in a way then, also explain the perks of Aerobic Exercise for Degenerative Disc Disease.

Direct communication between adipose tissue and muscle cells is a key factor behind weight loss and better performance.

During the experiment, this direct communication influenced energy consumption by adipocyte cells. Thus, the body is better able to adapt to exercise with the required adjustments in adipocyte metabolism.

Experts believe it to be an important reason behind better performance and overall health.

Furthermore, this interaction was possible due to the signaling of molecules secreted into the bloodstream.

Thus, the mechanism of DICER expression in adipose tissue is related to the activation of a metabolic sensor in the muscle cells.

The enzyme AMPK [adenosine monophosphate-activated protein kinase] is activated when the muscle cells consume ATP. Adenosine 5′-triphosphate aka ATP is the principal molecule for energy storage in cells.

Aerobic exercise increases ATP consumption and creates an energy deficit. Thus, activating AMPK in muscle cells. This further controls the response in adipose tissues and ramps up the DICER expression.

Interestingly, this same conversation between muscle and adipose tissue doesn’t take place in the case of genetically-modified mice we stated above.

So, What Are the Key Takeaways Here?

Thus, this clearly states the benefits of aerobic exercise in stimulating metabolic health. As a result, those in the habit of exercising at least 3 times a week can expect better health as they enter their senior years.

Plus, on a side note…

Apart from the clear benefits of aerobic exercise in metabolic disease prevention, its mental effects are also noticeable.

Psychological Benefits of Aerobic Exercise include reduced chances of anxiety and depression.

However, those with already established mental disorders need a tailor-made exercise made to fit their requirements.

After all, a depressive person may not feel overjoyed after a high-intensity cardio session.

Plus, people suffering from mental health issues are less likely to keep up with a regular exercise routine.

In fact, a study published in the Journal of Lifestyle Medicine in 2020 recommends exercise regimens to fit the needs of people with depression or mood irregularities.

This study was conducted on a large set of 152,978 participants from the UK Biobank. The research recorded their physical fitness levels and mental health for 7 years.

After a follow-up of seven years, the research concluded:

Hence, the Benefits of Aerobic Exercise for Older Adults seem to be a more influencing factor than anything else.

Limited mobility and staying isolated can aggravate the symptoms of people suffering from mental issues.

Thus, incorporating a regular routine of Aerobic exercise at Home is the absolute best way for physical fitness. And, as a result, you also reduce the chances of depression and anxiety as the years pass by.

How to Get Started?

Starting an aerobic exercise routine is easier as the exercise forms are pretty consistent in their application. Plus, you don’t necessarily need any heavy equipment to perform them.

The exercises can include anything from walking, cycling, jogging, rowing, using an elliptical, or dancing. Whatever suits your needs and goals!

These exercises typically optimize the health of the heart, lungs, and basically the entire circulatory system.

However, there’s a caution for those who suffer from any health issues. As the exercises may get pretty intense, it’s always better to consult a doctor before you start a routine.

Overdoing an aerobic exercise may exacerbate the symptoms of a medical condition. Though, in all the other cases, it’s likely to be safe!

The benefits of aerobic exercise are well-established from the perspective of physical and mental health. Today’s blog also highlighted how aerobic exercise can influence adipose tissue metabolism. Thus, negating the effects of obesity and aging in molecular expression and degenerative disorders.

Use this knowledge to build a healthy lifestyle from the get-go. Aerobic exercises, whether moderate or high-intensity, promote better metabolic health by regulating enzymatic expression.

Henceforth, aerobic exercise even 3-4 times a week can reduce the chances of developing diseases in the later years.