What are the Symptoms, Causes, and Treatment of HGH Deficiency? 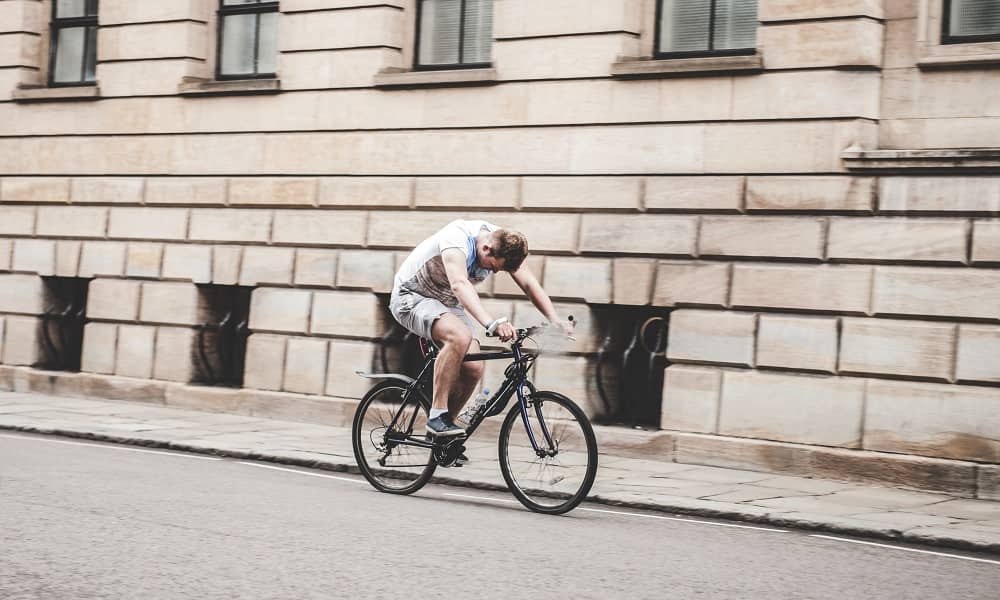 17 Apr What are the Symptoms, Causes, and Treatment of HGH Deficiency?

Posted at 21:20h in Lifestyle by Marcus Elburn 0 Comments

Growth hormone deficiency treatment can include daily injection of synthetic GH, prescription medicine, or some natural remedies, depending on the severity.

The fast-paced advancing world has been dealing with many disorders these days.

However, the most common ones these days are due to hormonal imbalances.

Hormonal imbalance is a condition when your body has too much or too little hormones in the bloodstream.

Out of these two, growth hormone deficiency is less discussed. It’s a medical condition where the pituitary gland does not produce enough hormones.

This further affects the release of insulin-like growth factors that further influence GH to hamper general health in adults and height in children.

However, people are usually not aware of the symptoms and treatment of growth hormone deficiency!

Hence, they often don’t get the correct treatment and end up suffering more!

But before we dig into the various treatments, it is important to have a key eye on the symptoms.

Symptoms play an important part in deciding on the right treatment of growth hormone deficiency!

They usually depend on different age groups. An adult has a different set of symptoms from a child.

In this section, we will focus on symptoms of HGH deficiency in both children and adults.

Symptoms of Growth Hormone Deficiency in a Child

One of the most common symptoms of growth hormone deficiency in children is that a child’s height is shorter than other children of his age.

However, this child can still have normal-sized body parts.

They grow less than two inches a year, instead of 2 ½ inches from age 1 to their puberty.

Some other common symptoms of GH deficiency in children include:

While talking about the symptoms in children, it’s also important to be fully aware of the symptoms that hamper adults.

The reason why we say so is the lack of knowledge about HGH symptoms in adults among our population.

Considering this, pay special attention to the following section.

Symptoms of HGH deficiency in adults vary from person to person.

Many adults can have one of these symptoms while others could also show a combination.

However, it’s not compulsory that everyone suffering from GH deficiency witnesses the same symptoms.

Some people might just show one such symptom, making self-diagnosis pretty much difficult.

Thus, you need to visit a doctor for regular checkups to eliminate such risks.

We will guide you with the diagnosis too. But before that, you must also be aware of how you can prevent the disorder.

Well, that’s easy if you know the causes!

Usually, a single cause of growth hormone deficiency has not yet been identified.

Moreover, the causes are quite different in kids and adults.

However, according to different pieces of research, genetics is rarely a cause behind the deficiency.

Hence, it’s not just passed from a parent to their child.

Experts do suggest that specific types of medical conditions in childhood like cleft palate can lead to GH deficiency.

To really understand what causes GH deficiency, one must understand how the hormone is released.

Our brain has a gland called the pituitary gland that produces GH, which is also called somatotropin.

The major function of this hormone is to stimulate growth and keep your muscles, tissues, and bones healthy.

But when the gland fails to produce the hormone, these functions get hampered.

Due to the lack of enough hormone in one’s bloodstream, a condition called growth hormone deficiency occurs.

You could also be born with this, and that’s called congenital GH deficiency.

On the other hand, you can even develop it in your adulthood, which is called acquired GH deficiency.

Some key causes of adult GH deficiency include:

Head injuries are related to many disorders. But major ones can even cause GH deficiency.

Thus, after a head injury, you must check for any hormonal imbalance.

The GH deficiency-causing tumors are usually located in the pituitary or near the hypothalamus region.

Infections of the scalp can easily travel to your brain causing tumors!

Some surgeries can often lead to minor brain injuries that lead to conditions like Growth Hormone deficiency.

Radiation treatments are definitely helpful in treating certain medical conditions, but they are not always good for your pituitary gland.

In most cases, GH deficiency is caused by post-radiation therapies for tumors around the pituitary.

Apart from these causes, genetic abnormalities like Turner syndrome can also be responsible for the abnormal development of the pituitary.

Since we established a clear idea of what can cause GH deficiency and what are the ways of spotting it, we must move ahead.

In earlier sections, we mentioned how self-diagnosis of GH deficiency is not possible. Then, you must know what your doctor does for the same!

Hence, in the next segment, we discuss the diagnosis of growth hormone deficiency.

But that’s not all!

We also help you out in looking out for the best treatment of growth hormone deficiency.

Well, the process is similar for both adults and kids.

Diagnosis of GH deficiency usually starts with a physical examination that shows your doctor if you are having slow growth.

You get tested for your height, weight, and body proportions.

Other than the physical examination, there are some other tests and exams which help to diagnose GH deficiency.

The following blood tests are carried out to diagnose your health condition:

Besides, there are other examinations and tests too which you must know about.

Including the blood tests, your doctors also conduct tests to diagnose the medical condition:

Once your diagnosis is complete, the next step involves the treatment.

One of the most common growth hormone deficiency treatments in children, as well as adults, is replacement therapy.

Since the mid-1980s, synthetic growth hormones have been used for treating children and adults suffering from GH deficiency.

This process is almost similar to the administration of insulin on diabetic patients.

Initially, the patients get a small dosage with a gradual increase in the doses after noticing clinical responses.

In this process, the IGF-1 serum levels are adjusted according to the normal range in adults and children.

The therapy is effective in enhancing lean muscle mass and bone density of GH deficiency patients.

Altogether, this growth hormone deficiency treatment cost lies between $500 to $600 per month, which may get a little expensive.

There are also minor side effects that you can expect from the therapy:

These side effects are usually because of the large doses, and they can be treated by lowering the doses.

But if you still don’t want to go for chemical treatment of growth hormone deficiency, you can always try natural remedies.

If you are looking for a natural treatment of growth hormone deficiency, then we have it sorted for you.

There are many natural remedies that you can try to boost up your GH levels.

People suffering from obesity tend to have impaired secretions of HGH and might face the disease.

Thus, it is ideal to lose love handles and belly fat in time.

Moreover, studies also claim that people suffering from obesity had lower IGF-1 and HGH levels. But it returned to normal post-losing weight.

According to studies, Arginine proves to be beneficial for boosting HGH.

Hence, taking ideal doses of a high-quality arginine supplement will prove to be beneficial for your HGH levels.

However, make sure to continue with an active lifestyle.

Refined carbs and sugars contribute to insulin surge, and, thus, you must control their intake for better HGH.

In fact, according to studies, people with diabetes tend to have 3 -4 times lower HGH than healthy people.

Naturally, your body secretes most of the HGH during the night.

HGH increase depends on the type of exercise and the intensity with which you perform it.

Mostly HGH is released in your sleep at night. It is, hence, based on your circadian rhythm.

Here are a few steps to enhance your sleep quality:

There are many natural supplements that enhance human growth hormone production:

These supplements might help boost your HGH levels without any major side effects that are associated with replacement therapy.

Growth hormone disorder is one of the most common hormonal issues people face these days.

What is surprising is the fact that people are usually not aware of the symptoms that they show leading to improper treatment.

The disorder is mainly due to improper functioning of the pituitary gland located at the base of the skull.

As a matter of fact, GHD occurs in roughly 1 out of 7000 births and is mainly caused in adulthood.

But there is nothing much to worry about as most of the patients respond well to the treatment of growth hormone deficiency we mentioned above.

Here are the answers to the most commonly asked questions.

#1. What age is best for growth hormone treatment?

Hence, kids aging 10 or over can easily try going for therapy.

According to the age, the treatment is classified as:

However, always go with your healthcare professional’s advice based on your particular case.

#2. Can I take growth hormones to grow taller?

We don’t recommend you to do so as growth hormone injections in long term can even cause acromegaly.

It’s a condition that may cause thicker bones, a gorilla-like face, and protuberance of the face. You won’t grow taller but will only harm yourself.

Some foods have a direct link with boosting growth hormones.

Usually, melatonin-rich foods are recommended as they boost your sleep quality and promote HGH secretion during deep sleep.

Vitamin D increases the production of IGF-1 and IGF binding proteins that circulate in the blood.

This leads to better production of growth hormones in your body.

Moreover, studies also show that when you administer HGH in your body, there is a surge in Vitamin D levels too.

Hence, this shows they have a direct link.

There are many nutrients and growth factors in the dairy product that may promote the secretion of IGF-1 and HGH hormones.

However, no studies have pointed towards this and so we need more explanation to establish concrete facts.