Vegan Athletes: How Good is a Plant-Based Diet [Reality-Check] 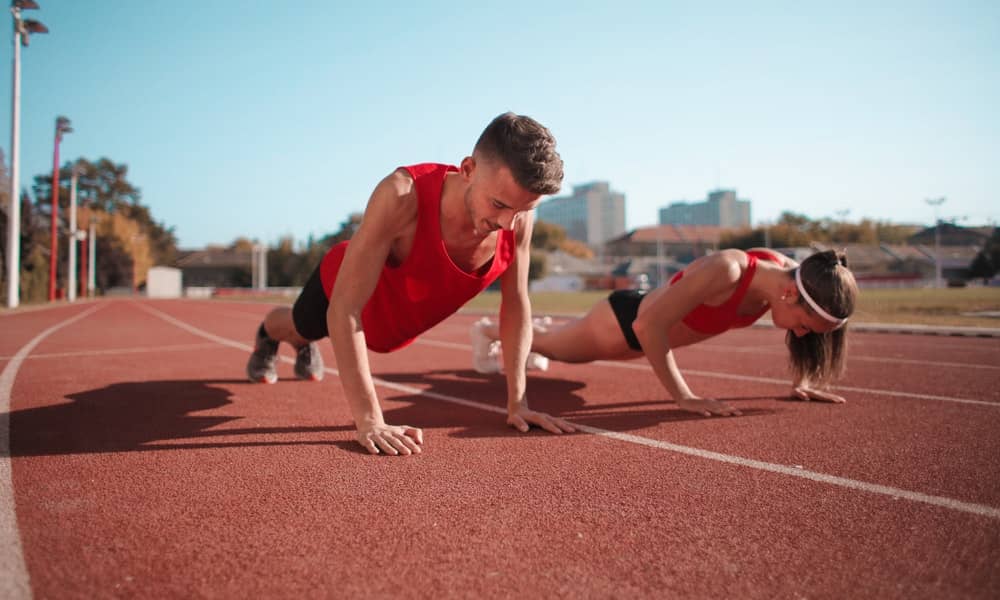 27 Dec Vegan Athletes: How Good is a Plant-Based Diet [Reality-Check]

Posted at 01:11h in Diet + Workout by Horizon Clinics 0 Comments

“Veganism has garnered a lot of attention lately and is a lifestyle in and of itself. More interesting, though, is the pace at which a vegan lifestyle is becoming mainstream for athletes. This does pose the question – are there any substantial benefits of vegan diet for athletes, after all?”

I am here to make my country proud, the words of every athlete.

No doubt, being an athlete demands great physical strength, speed, and endurance.

This obviously puts them in a position to follow a diet that’s cut out to meet their biological needs.

Well, going vegan is an emerging trend among these champs.

Some of the Vegan Athletes Include:

Some athletes may choose to follow a vegan diet for ethical, environmental, or health reasons.

Many other celebrities too are becoming vegan these days and they feel healthy.

Benefits of a Vegan Diet for Athletes show it to be filled with superfoods actually. Veganism is thriving in the sports community.

From current sporting success back to ancient times, it is evident that vegans can win races up to professional levels and even break records.

Why More Athletes are Going Vegan, and is a vegan diet plan enough for an athlete’s nutritional needs?

Today, we explore this subject through a series of most asked Q&As.

So, let’s get down to business and explore if there are real benefits of vegan diet for athletes.

#1. Why are So Many Athletes Going Vegan?

Athletes believe plant-based diets to have the ability to increase performance in a variety of areas, including sports.

Here are some of the key reasons why a Plant Based Diet for Strength Athletes is favored now more than ever.

The Lumina Intelligence report shows Sweden, France, Germany, and the USA in the lead in terms of plant-based protein powder uptake.

There is an increase in the availability of plant-based, performance-enhancing supplements that have made it easier and more appealing for athletes to follow a plant-based lifestyle.

The sector is growing and is fiercely competitive.

Vegan sports nutrition is also available in the form of pre-prepared meals and nutritional programs.

This justifies the increasing gap between Vegan Athletes vs Meat Eating Athletes.

Plant-based diets have so far shown to be superb for athletes. A number of popular athletes back the benefits of vegan diet for athletes with their personal progress.

Arnold Schwarzenegger, an actor, politician, and former bodybuilder produced the Netflix documentary “The Game Changers” in which athletes give knowledge about ‘how a vegan diet improves athletic performance’.

Williams acknowledges that her new diet was life-changing, allowing her to return to tennis.

“I feel like I’m doing the right thing for me,” she said.

Such athletes are progressively adopting a plant-based diet for overall health benefits, including improved performance and enhanced recovery.

Many more athletes are going vegan. The list goes on.

“These days I train half as much, do half as much but get better results. Why? Only one answer, going vegan, GMO-free, and organic. My body is running perfectly.”

#2. Is a Vegan Diet Good for Athletes?

A review on ‘Plant-Based Diets for Cardiovascular Safety and Performance in Endurance Sports,’ reveals a vegan diet can reduce the cardiovascular risks faced by athletes, such as atherosclerosis (plaque building up inside arteries) and myocardial damage (decreased blood flow to the heart).

Moreover, plant-based diets are more helpful for recovery as well.

Patrik Baboumian, “one of the strongest men in the world” and former bodybuilder, credited his bodybuilding and fitness to a vegan diet.

“My recovery time was so much faster I could train more,” he said in a statement.

All of these factors lead to a valuable career. With these arguments in place, the benefits of vegan diet for athletes become indisputable almost.

#3. Do Vegans Have More Stamina?

Studies and research throughout the world reveal that a plant-based diet is more powerful and offers more stamina than an animal-based diet!

Researchers in 1986 analyzed a group of men on a variety of diets. They used a stationary bicycle to measure their strength and performance.

The men ate a mixed diet of meat and vegetables for a while, and then they were tested on the bicycle.

They averaged 114 minutes of pedaling before muscle failure.

After that, they ate a diet high in meat, milk, and eggs for a similar length of time. Post that, there was a re-test on the bicycles.

The results showed their pedaling time before muscle failure to have dropped to an average of 57 minutes.

Later, these men shifted to a strictly vegetarian diet with only grains, vegetables, and fruits after which they were again tested on the bicycle.

The results were the best in all the groups. They peddled for an average of 167 minutes.

Well, this shows a Vegan Diet and Endurance often go hand in hand.

In other words, a number of benefits of vegan diet for athletes are substantiated by science.

#4. What Vegan Athletes Eat in a Day?

Veganism is, very often, linked to being boring and tasteless.

In fact, many vegans are quite creative with their meal preparations.

This is how vegan athletes meet their nutrition needs each day:

All kinds of fruits and vegetables are allowed for vegans.

More than consuming traditional fruits like apples and bananas, vegan athletes are more likely to eat fruits and vegetables like kale, collard greens, goji berries, pomegranate, mulberries, and other superfoods.

There are so many meat substitutes that taste like or even better than the real thing!

Lots of brands work for different people. For many athletes, it’s a matter of trying them out until they find the one that they like the best.

With more people steering towards veganism, substitutes for popular meats like chicken are easily available.

A mouth-watering recipe for lunch or dinner options is tofu, seitan, and tempeh.

Tofu is made from soybeans and seitan comes from wheat gluten. Whereas, tempeh is derived from fermented soy.

You can choose to cook it plain or marinate it in a sauce to add the flavor and texture of your choice.

Moreover, these can also be added to stir fry, salads, and many other meals.

Beans and lentils are very useful and beneficial for health.

Quinoa is a high source of protein and contains all nine of the essential amino acids that are necessary for human functions.

Need refreshment with a power-packed dose of health benefits?

Yes, vegan athletes have more than one option in this department!

Adding vegan protein powder to a juice or smoothie is a great way to get the daily dose of energy.

#5. Do Vegan Athletes Get Enough Protein? 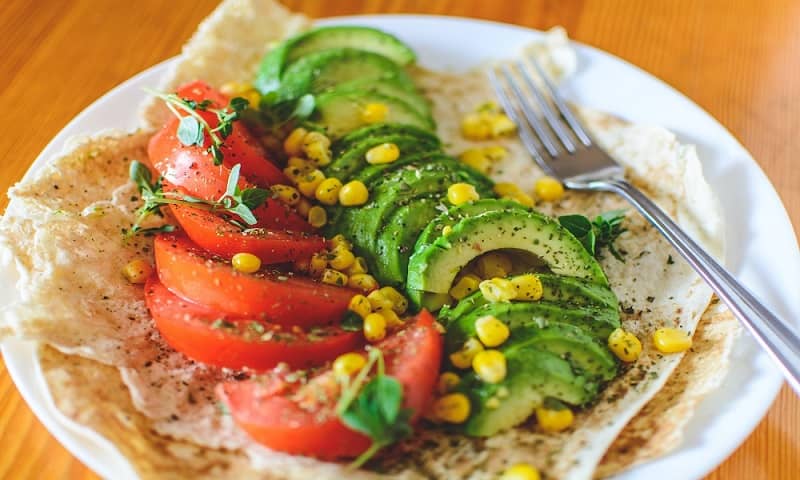 There was a time when athletes believed that the only way to meet their daily protein requirement was via meat consumption.

But with increased awareness around nutrition, this has changed.

Many plant-based diets are protein-rich.

Game-Changing Data
According to a study in 2019, delivered in the journal Nutrients, athletes following a Vegan diet with added B-12 supplementation have marginally higher nutrient adequacy than athletes who were meat-eaters.

The need for other nutrients, such as calcium, iron, and vitamin B-12, can be met via plant-based sources. Edamame provides 27.6 percent of the daily requirement of calcium.

One cup of fortified orange juice meets one half of the daily calcium requirement. Spinach carries more than twice the amount of iron than meat.

As for B-12, athletes often go for fortified foods to ensure good health and avoid deficiency.

#6. What Do Vegan Athletes Eat for Protein?

A variety of foods, such as beans, legumes, nuts, seeds, whole grains, and soy products are rich vegan sources of protein.

Plants based supplements are also available for protein. Here are some of the popular food choices as a part of the Vegan Workout Diet for athletes:

The only decent vegan sources of B12 are foods fortified with the vitamin.

These may include some plant milk, soy products, and breakfast cereals. Plus, B12 supplements are also readily in use.

Vitamin B12, whether in supplements, fortified foods, or animal products, comes from microorganisms.

The Institute of Medicine, US recommended that vegans using adequate amounts of fortified foods or B12 supplements are much less likely to suffer from B12 deficiency than the typical meat eater.

#8. How Do Vegans Gain Muscle?

Generally, a diet that is rich in protein helps in gaining muscle.

Vegans take it easy as they have many ingredients to nourish their muscles.

Foods such as beans, legumes, nuts, seeds, whole grains, and soy products are rich sources of protein and help in gaining muscle.

Many other plant-based protein supplements are available to help nourish muscles.

Having said that, going to the gym also determines muscle development from a vegan diet for athletes.

Studies and research credit a number of health benefits for the popularity of a vegan diet. Pro-athletes are adopting a vegan diet to keep themselves fit.

So, at this time, we cannot really discard the numerous Vegan Diet Benefits for Athletes.

In comparison to flesh-eaters, it’s highly remarkable how athletes have succeeded in maintaining great health and endurance.

Henceforth, the Benefits of a Plant-Based Diet seem uncountable.

Plus, vegan athletes themselves feel enthusiastic about being vegan. According to them, it offers more health benefits and a competitive edge to them than any other diet they’ve ever tried.

Going by the studies, we couldn’t disagree as to the benefits of vegan diet for athletes. However, if you’re a meat-eater wanting to make the switch, consider that we all are different.

Many sports personalities are adopting vegan diets and inspiring their surroundings towards a more holistic way of living. At the end of the day, if it works for you, then it’s what you should be doing.